Can I chew, smoke and keep my teeth still healthy?

Anyone who wish to take care of their teeth should never ever smoke or even chew cigarette for that matter. If he or she is already a smoker then he should try his best to eliminate this bad habit. Why? For the reason that cigarette contains a lot of harmful substances that are not only bad for the major parts of the body but also bad for your oral health as well.

According to statistics, current smokers are more likely to suffer from periodontal problems in comparison to non-smokers since it reduces blood flow to the gums and deprives it of all major nutrients which will keep it healthy. Thus, it leaves the gums more prone to bacterial infection and gum disease.

Smoking or chewing cigarette is also the main culprit for teeth discoloration which is a major concern of many individuals. Cigarette contains nicotine and tar which are chemicals that leave sticky residue on the teeth. This results to yellowish or dark brown teeth.

Cigarette smoke causes dry mouth and reduces the production of saliva in the mouth. This result to less anti-microbial agents present in the mouth which can help fight bad bacteria which causes acid build up resulting to bad breath.

The immune system of the mouth is extremely affected by cigarette smoking especially because of the less production of saliva by the salivary glands. This exposes the gums and the mouth to several bacteria that may result to mouth sores.

Several studies show that root caries is strongly linked with cigarette smoking. The harmful substances contained in cigarette causes the enamel to weaken thus exposing the pulp to more harmful bacteria which eventually sips into the root of the teeth.

You may not have heard of hairy tongue yet but this is a condition characterized by darkening of the tongue, mostly associated with men smokers. This is attributed to vitamin deficiency and bacterial colonization in the tongue area. Although this is harmless, it is a very ugly site to have.

This is the condition characterized by the appearance of lines in a person’s lips. This is triggered by the low supply of oxygen in the mouth region which causes your lips to sag and wrinkle. Although it can be treated with the use of certain lip creams and balm which contains retinols, copper peptides and coenzyme Q10 it is still better to have natural set of lips.

This is characterized by discolored or white lesion present in the oral mucosa of a person due to stains caused by cigarette smoking. At times, it may also result to malignant transformations nevertheless there are very few cases which are reported with regards to this matter. 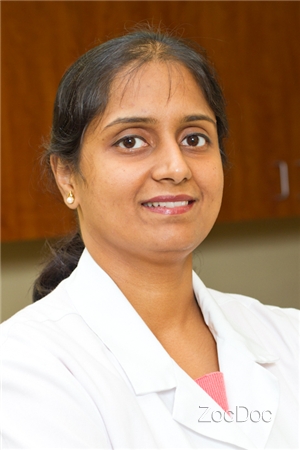 Dr. Thasma is a Family Dentist in Plano, TX. She has over 10 Years of Experience in the field of General Dentistry.